No matter what you call them, lightweight expanded clay aggregate (LECA) pebbles are an awesome hydroponic growing medium. I use expanded clay media in all my ebb and flow hydroponic systems. One of my favorite reasons to use them is they take up space in the grow bed, which means I can use a smaller nutrient reservoir.

The imperfections along their surface allow LECA pebbles to hold moisture and nutrients which are then absorbed by plants in the root zone. Another huge benefit to hydroton pebbles is the fact that they’re reusable. The unique combination of water absorption and reusability is something not often found in growing mediums.

Since they’re reusable, let’s go over a few of my favorite methods for cleaning hydroton clay pebbles! 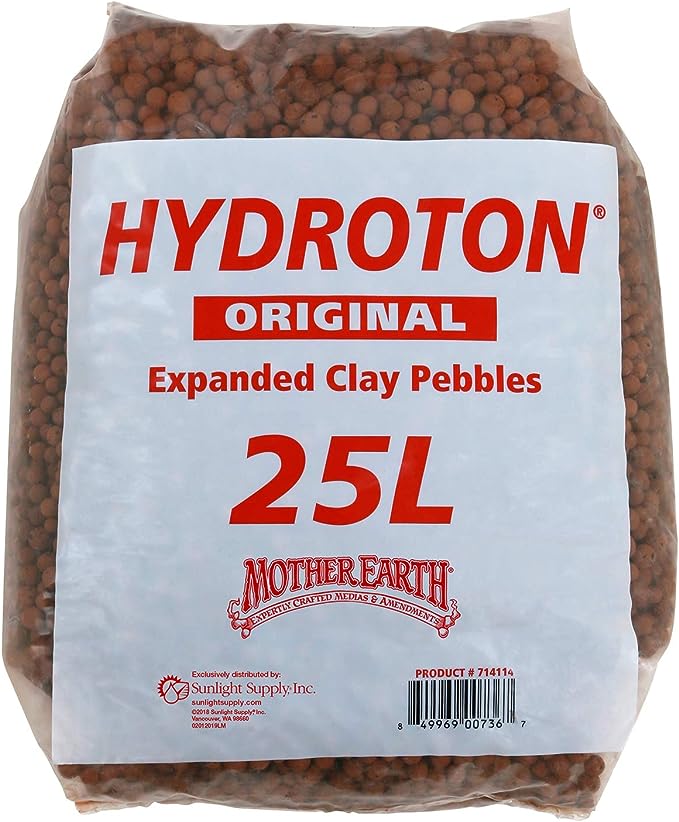 Hydroton Original Expanded Clay Pebbles - 25 Liter
$24.81
Buy On Amazon
As an Amazon Associate, we earn from qualifying purchases at no cost to you.

Rinsing the pebbles is a lot easier with a colander, or similar setup. A 5 gallon bucket with several small holes drilled in the sides and bottom works well for rinsing larger quantities of clay media outdoors. In the below steps, rinsing with hot water is recommended because it helps loosen “stuck on” material, but lukewarm water can be used as well.

Remove all roots, plant particles, and any other debris from the hydroton. This is easier if the pebbles have had a little time to dry out, as the roots stuck to them get brittle and easily fall off. Slotted 1020 gardening trays work great for shaking used pebbles since dirt and old roots fall through the holes.

Dump the pebbles into a large colander or strainer so that water drains freely as the pebbles are being rinsed. Rinse the pebbles thoroughly in hot tap water to remove any “stuck on” debris that wasn’t dislodged in step 1. To increase the effectiveness of this rinse, shake and stir the pebbles well.

In a large pot, boil clay pebbles in water for 20-30 minutes. This will kill any bacteria or fungus growing on or in the pebbles. A colander or strainer that fits inside the pot makes the process easier. Use an old pot if you’re worried about dirtying up your favorite pot with plant material.

Rinse the pebbles one more time to remove any additional debris that was dislodged while boiling.

Allow the hydroton time to dry out. They will dry out faster if you spread them across a large tray, such as a 1020 garden tray. The pebbles are now ready to be reintroduced into your system.

Once the pebbles have dried, soak them in a half-strength nutrient solution before placing them back into use in a system.

Why let pebbles dry out after cleaning?
One thing we love about LECA pebbles is their ability to wick moisture. Keep in mind there is only so much moisture they can hold within their pores.

Would you prefer to place them in a hydroponic system filled with water from cleaning, or would you rather them wick up the nutrients which they then deliver to plant roots?

I want pebbles to absorb the nutrient solution, so I opt to let the pebbles dry after cleaning.

If you don’t want to boil your grow media, have no fear. There are other options! I am partial to sterilization, but I understand the viewpoint of growers who like to utilize and protect beneficial bacteria in their systems.

If you’re among the camp of gardeners who don’t want to kill beneficial bacteria, boiling isn’t for you. Instead, clean all debris from the clay pebbles and rinse multiple times to flush old plant matter out. It’s important to remove the plant matter so that it doesn’t begin to rot over time.

Solid bottom 1020 grow trays work really well for the initial cleaning. Add a layer of pebbles across the bottom of the tray, then add just enough water to submerge the pebbles. Using a stiff scrub brush, scrub over the pebbles thoroughly. The scrubbing action and low water level will allow the pebbles to rotate while cleaning.

After scrubbing, it’s time to rinse the pebbles multiple times to fully flush their pores of any clogging dirt or material.

This rinsing process works well in a 5 gallon bucket with multiple holes drilled in it to allow water & dirt to drain easily. Drill holes that are ⅛” to ¼” in diameter. Drill multiple holes on the bottom of the bucket, as well as around the sides to maximize drainage.

If boiling isn’t going to work for you, but you do want to sterilize used LECA pebbles, a hydrogen peroxide bath will work.

Rinse the pebbles several times, shaking and stirring them to help aid in dislodging plant material and dust particles.

Soak pebbles in a bath of 3% hydrogen peroxide for an hour. I use a large plastic mortar mixing tub to soak pebbles and for general cleaning of other hydroponics components. They’re really inexpensive, super tough, and work great.

If you’re using concentrated hydrogen peroxide, you can dilute it down using this calculator.

After soaking, rinse the pebbles with water again to remove any leftover debris. Drain the pebbles well and let them dry. It normally takes about 24 hours for expanded clay media to dry out.

This method works great and is an excellent alternative to boiling if you have a large amount of media to clean. A hundred liters or more of clay media can be soaked and sterilized in a small plastic pool like you’d find at a discount store in early spring or summer.

Isopropyl alcohol can also be used to sanitize clay media, but may not fully sterilize. If you choose to soak media this way, be aware that the alcohol evaporates quickly.

70% isopropyl alcohol works well because it evaporates slower, resulting in longer surface contact time. Check out this article if you want to geek out on isopropyl alcohol’s effect on fungus and bacteria.

Dead and decaying plant matter can invite the growth of fungus and harmful bacteria. Obviously, neither of those are things you’d want to introduce into a hydroponic system.

Over time, nutrient salts build-up on the surface and in the pores of expanded clay media. This build-up can have an effect on the pH and electrical conductivity (EC) of the overall system, limiting the ability of plants to absorb vital nutrients.

If you manage your hydroponic system with beneficial bacteria, it makes sense to want to preserve those beneficial bacteria and fungi within the pebbles. There is however one factor that needs to be considered. Porosity. If the pores of the pebbles are clogged, the capillary action that makes them such a good hydroponic medium is rendered less effective. In severely clogged pebbles, the capillary action may be nonexistent.

Regardless of how you choose to clean expanded clay media, it is important to clean them in order to maintain their effectiveness.

Cleaning used clay media may sound like a lot of work, but it’s pretty easy. Especially considering the amount of cleaning that’s required before using new clay media. They come covered in a ton of dust that, even after rinsing, still muddies up a hydroponic system for several days.

With that in mind, I prefer to do a little cleaning every once in a while as opposed to dealing with introducing new clay pebbles into a hydroponic system.

Do you need to wash clay pebbles?

Yes, if you plan to reuse expanded clay media in a hydroponic system they need to be washed. Otherwise, plant debris reduces their ability to wick water, and the likelihood of bacterial growth increases as plant matter decays.

If cleaned regularly to remove build-up, clay media will last for several years without needing to be replaced. The biggest issue with the media arises if they are poorly maintained over time and develop severe clogs or salt scale that is hard to remove.

As long as you keep your clay media cleaned, it will keep performing for you year after year! 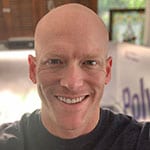